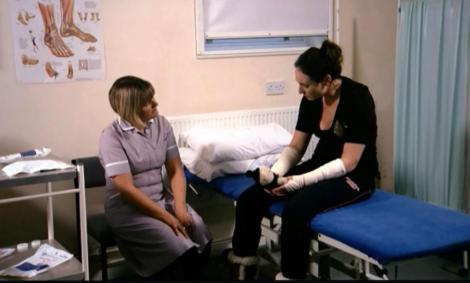 Debbie is an adult survivor of childhood sexual abuse by a number of men which included her own father. She is now a disturbed young woman with alcohol and drug related problems, self-harming and suffering depression which health care professionals like Bernadette (Bernie) Munton try to help her with. This powerful story focuses on the effects on Debbie when she reads about the conviction of local man Brian White, a serial sex offender in The Brigstow Herald, the local paper. This brings back all the nightmares of her childhood and her story is related in video flashback and set in context by a series of podcasts featuring White amazingly justifying his own actions. The effect of White’s conviction on Debbie is leads to suicide threats which health care staff and the police have to deal with.